Rachel studied music at school and went on to study performing arts, first at North Herts College and then later in London at the Arts Educational school and also at Vocaltech.

Her first job was as a Singer Dancer in Butlins, and after two seasons there she was employed as an actress in the film industry.

She moved to Paris for a while to work with Disney as a dancer, then moved to Florida for a year to further her career, and broaden her experience.

On her return back to the UK Rachel searched for a new adventure which came in the shape of an entertainment role on a cruise liner.

On her return back to the UK, Rachel went to work as an assistant director for a pantomime company. Rachel then went on to work for Chessington as a presenter.

During this time an old school friend called her in to sing with his band and The Unfinished Business was formed. Rachel went on to work as a singer in two national tours, and returned to pantomime again during the Christmas seasons. More recently Rachel has recorded for the rock band, Nanburn, who released an EP in 2014. The man behind Nanburn is Jonah Sutch – ex-bassist from Touchstone, and it was Jonah who introduced Rachel to Rob.

Rachel loves to sing and that has always been the undercurrent of what she does. For Rachel there is no greater joy than the sound of great music and vocal harmonies, something that she and Rob will be focussing on together within CAIRO. 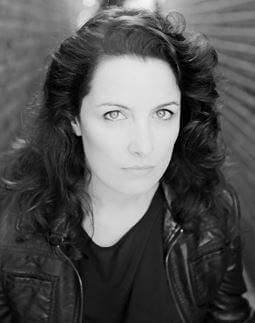