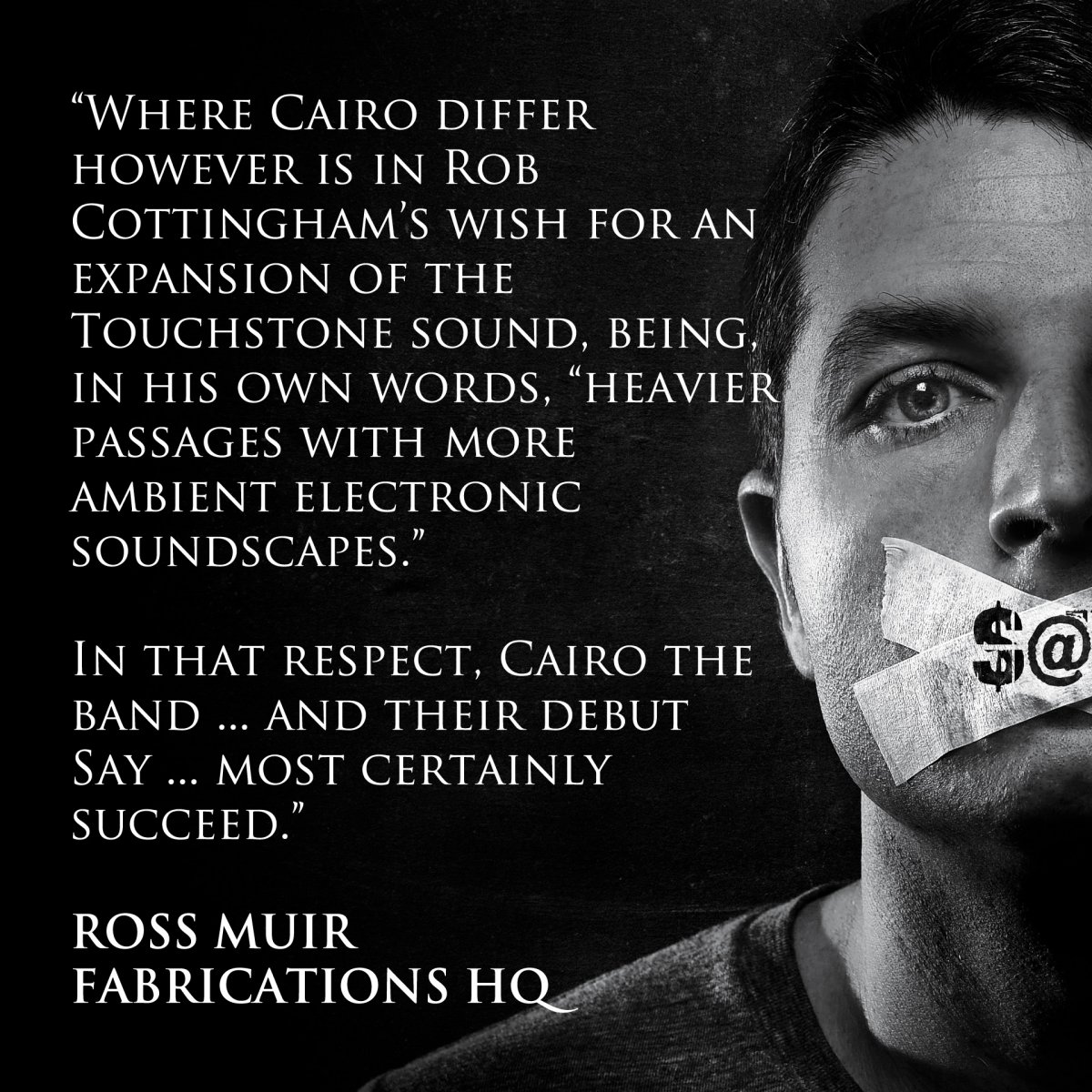 Cairo have received a stunning review from Ross Muir at FabricationsHQ, in which he states:

“Cairo, the new band project from ex Touchstone keyboardist and founder member Rob Cottingham, is, on first appearance and listen, not too far removed from the sound and style of his previous band.

They are structured similarly, too – Cottingham shares vocal space with a featured female singer, the band mix the melodic with the progressive and keep it bright and vibrant by retaining a rock edge on the weightier passages.

Where Cairo differ however is in Rob Cottingham’s wish for an expansion of the Touchstone sound, being, in his own words, “heavier passages with more ambient electronic soundscapes.”

In that respect, Cairo the band … and their debut Say … most certainly succeed.”

The full in-depth review can be read here.

Thank you to Ross for this carefully considered and comprehensive review. 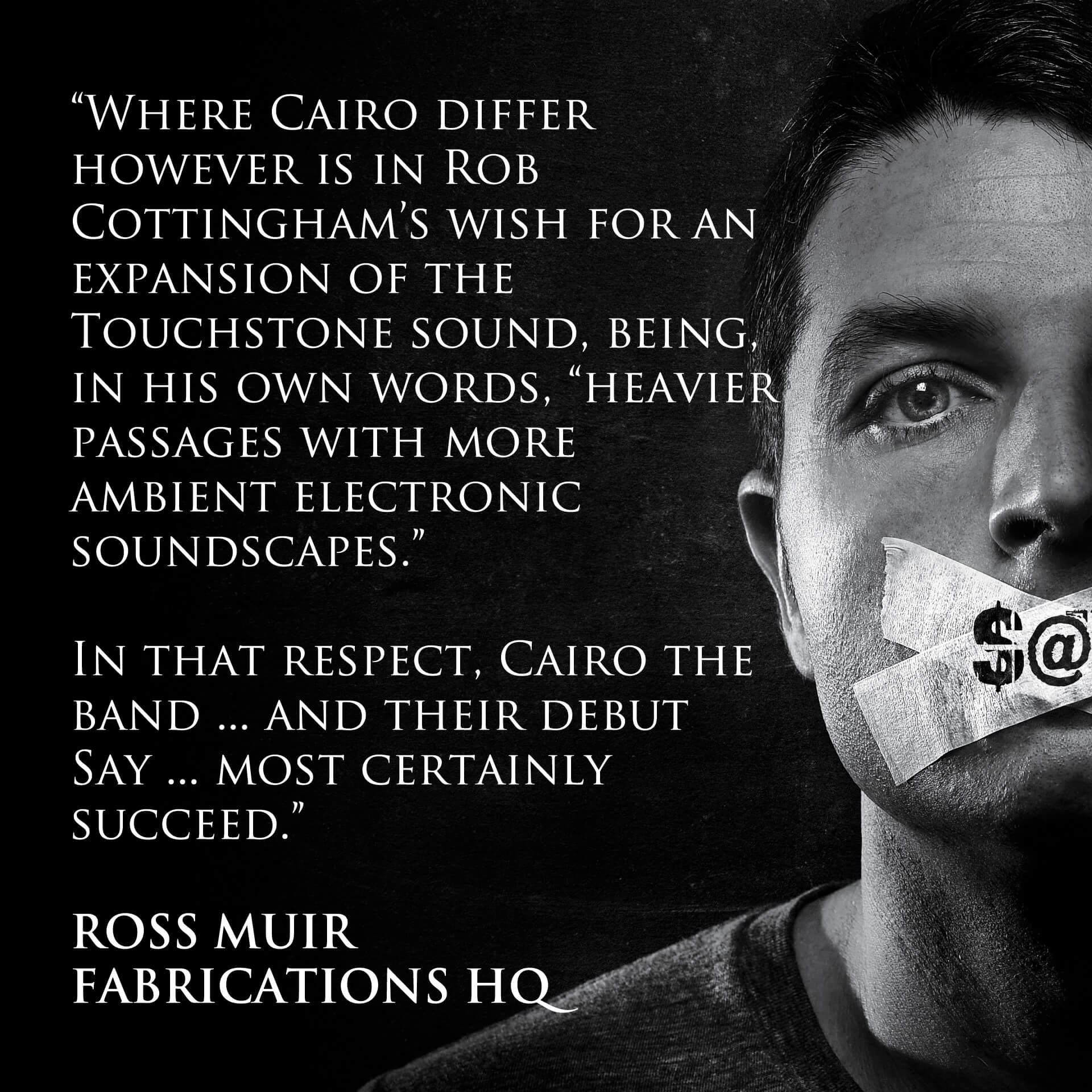