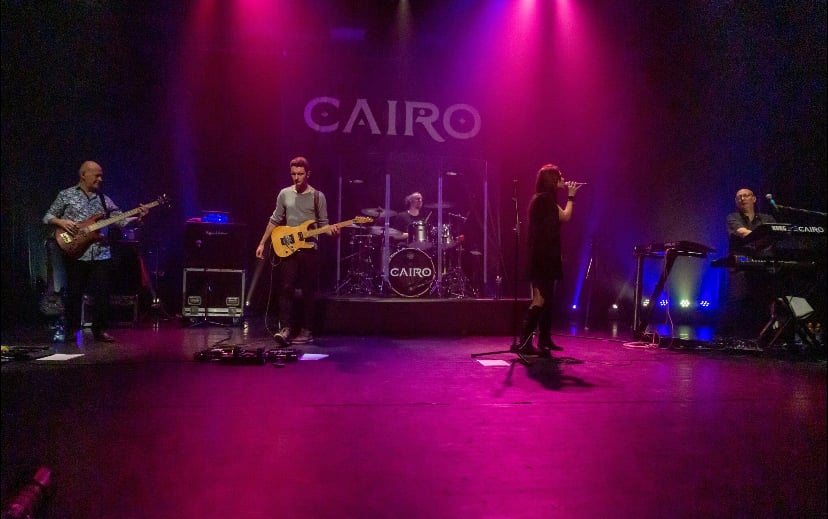 Cairo announce two more gigs coming up next month – one on 12th March at The Local Authority in Sheffield, and one on 13th March at a recently upgraded venue in Milton Keynes called Unit Nine.

To tie in with the news, the band are releasing a further live video of Dancing The Gossamer Thread, recorded in Holland last year – see their video here:

“We have been wanting to get up North with our set, and are delighted to be able to perform at The Local Authority in Sheffield on Thursday 12th March. We have heard great things about the venue, so we are really looking forward to it. We are also pleased to announce some very special guests for this gig. White Sail is an acoustic folk band who blew people away at Webbstock last year with their amazing musicianship and vocals. They feature the inimitable Sarah Dean (Luna Rossa; The Incredible String Blonde; The Heather Findlay Band; Soundsphere) too. See more about them here: www.whitesailband.com. Not to be missed!

In light of the superb turnout in Milton Keynes at our live album launch last month, and by way of a follow up as we know quite a few people could not make the gig – we are back with a vengeance!! This time Friday 13th March at Unit Nine, a real ‘happening’ venue which has received major plaudits and hosts some major acts, having been recently refurbished and upgraded by it’s owner Dom Rampello. Dom is known to the band and throws heart and soul into the live experience. The new sound system and lighting are amazing, and we can’t wait to get on that Unit Nine stage! We will be adding more of our new music to the set, plus some surprise guests, so don’t miss out.”

Available for purchase at the gig will be Cairo’s new live album ‘Alive In Holland’ launched last month; Rob’s recent solo album, Back Behind The Orchard Tree, produced with John Mitchell on guitar, and lots of exciting new Cairo merchandise.

Buy your tickets now via our Gigs page: https://cairorocks.com/gigs/