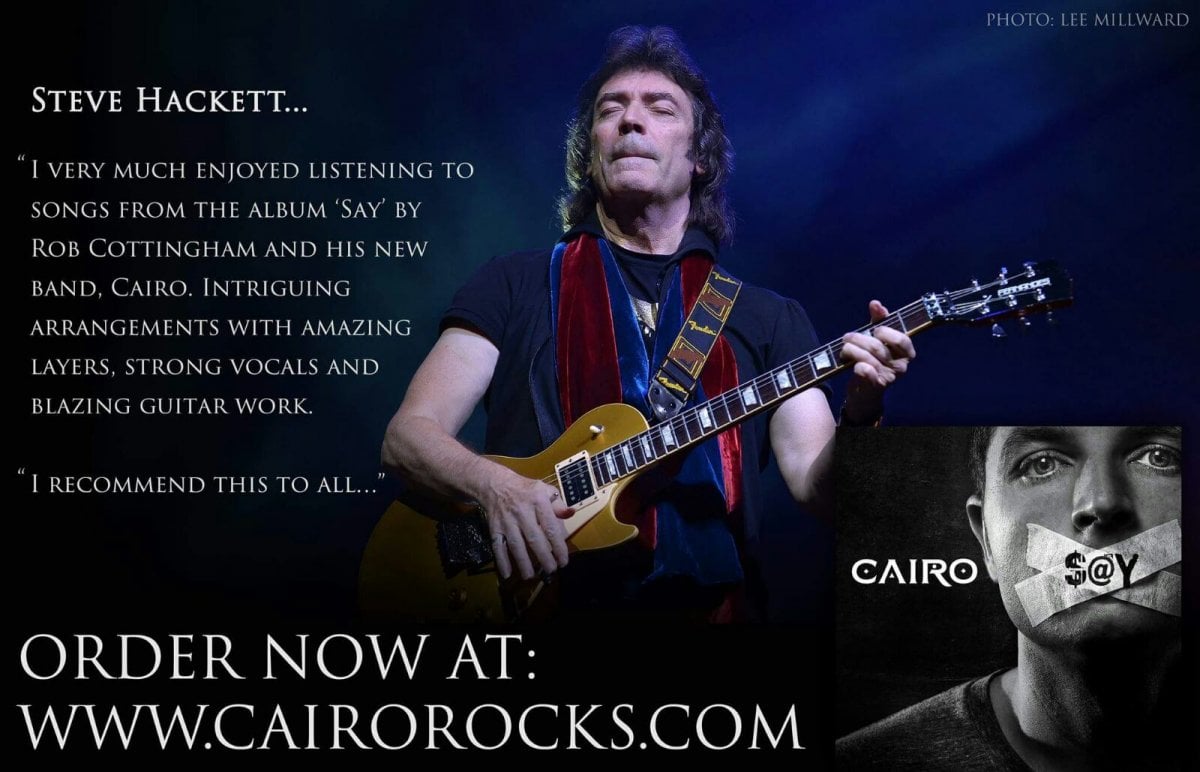 In a statement, Rob Cottingham said:

“As soon as John Mitchell and I had finalised production at Outhouse around the 23rd July, I was keen to get a professional ‘outsider looking in’ view of what we had just produced, so I approached Steve Hackett, who, of course, had produced a stunning solo on my Captain Blue album some three years prior.

The band were pleased and delighted when Steve, who we would describe as ‘not just prog royalty but a rock legend’, agreed to be the first person to listen to the album and give some candid feedback, and – in all honesty – we were blown away by his genuine enthusiasm for the album.”

James Hards, CAIRO’s guitarist, advised: “When Rob shared Steve’s quote with us, I was over the moon. I have been a Hackett fan for years, and being a guitarist, this meant a lot to me”.

A summary of Steve’s view is attached, and the band would like to thank Steve and Jo Hackett, and Amanda Lehmann and Gary O’Toole from the Steve Hackett Band, for their kindness, interest and support.

Please check out Steve’s website where you can purchase his superb 2CD/2DVD ‘Acolyte to Wolflight with Genesis Revisited Tour’ package, which celebrates 40 years since Steve’s first solo album ‘Voyage Of The Acolyte’, as well as his special relationship with Liverpool. For more information and up-to-date news, please see www.hackettsongs.com. 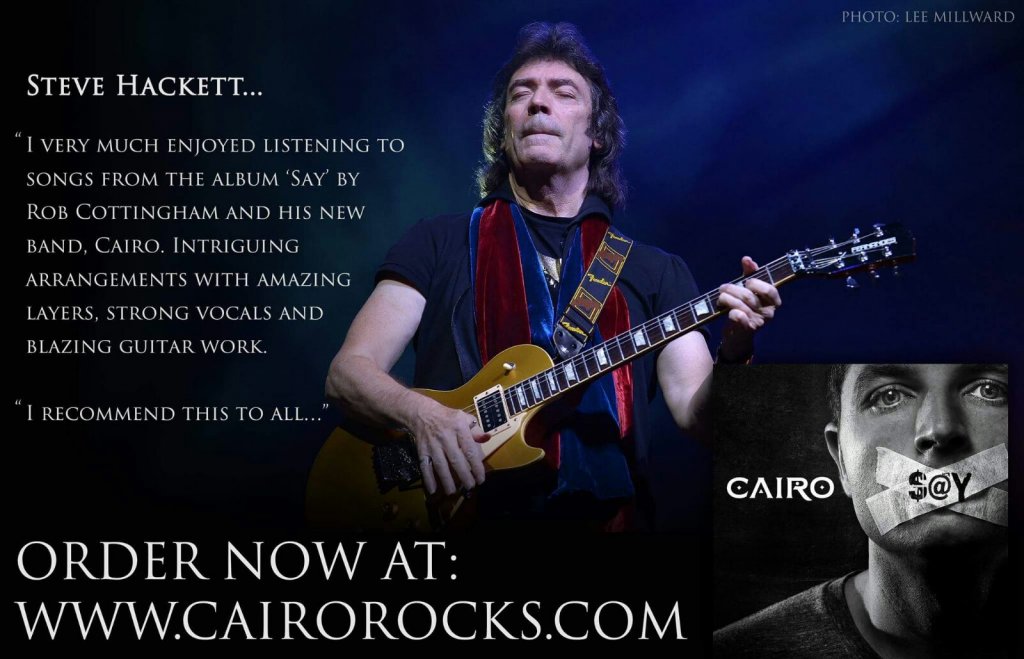