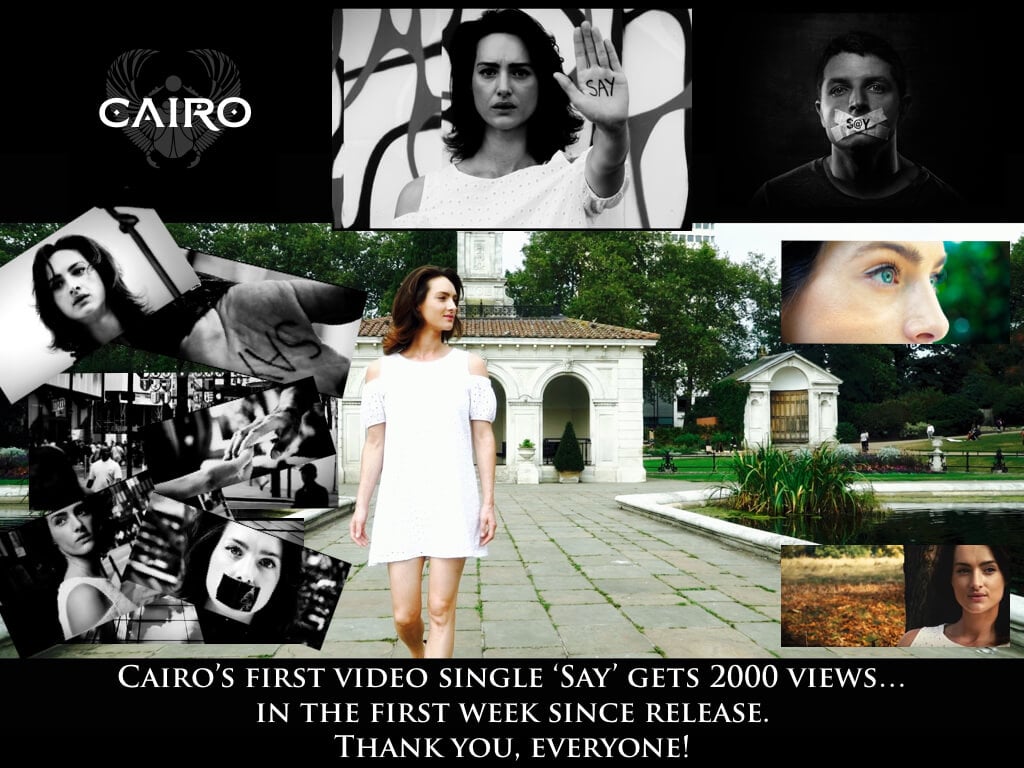 New UK rock band, CAIRO, are delighted to announce that in the first week since the release on 3rd October 2016 of their debut album ‘Say’, and video single of the title track, the video has now received over 2000 views.

“We are over the moon to have received such great viewing figures here, and some wonderful feedback, too, after only one week.

We took a risk, insofar as we took a clear decision to leave the band out of this video, despite being a new band, and we knew that there was no ‘easy to follow’ storyline, as the essence of the song is thematic – but Charlotte Peters did such a stunning job in the video to convey the theme, and thankfully it seems to have captured people’s imaginations.

We’d like to thank Charlotte and the film crew for their wonderful support, and we can’t thank everyone enough for the fantastic interest to date which is truly appreciated.

Please spread the word; share the video, and keep it coming.”

The video can be viewed here and the album can be ordered or downloaded worldwide from the band’s website here: www.cairorocks.com/store.