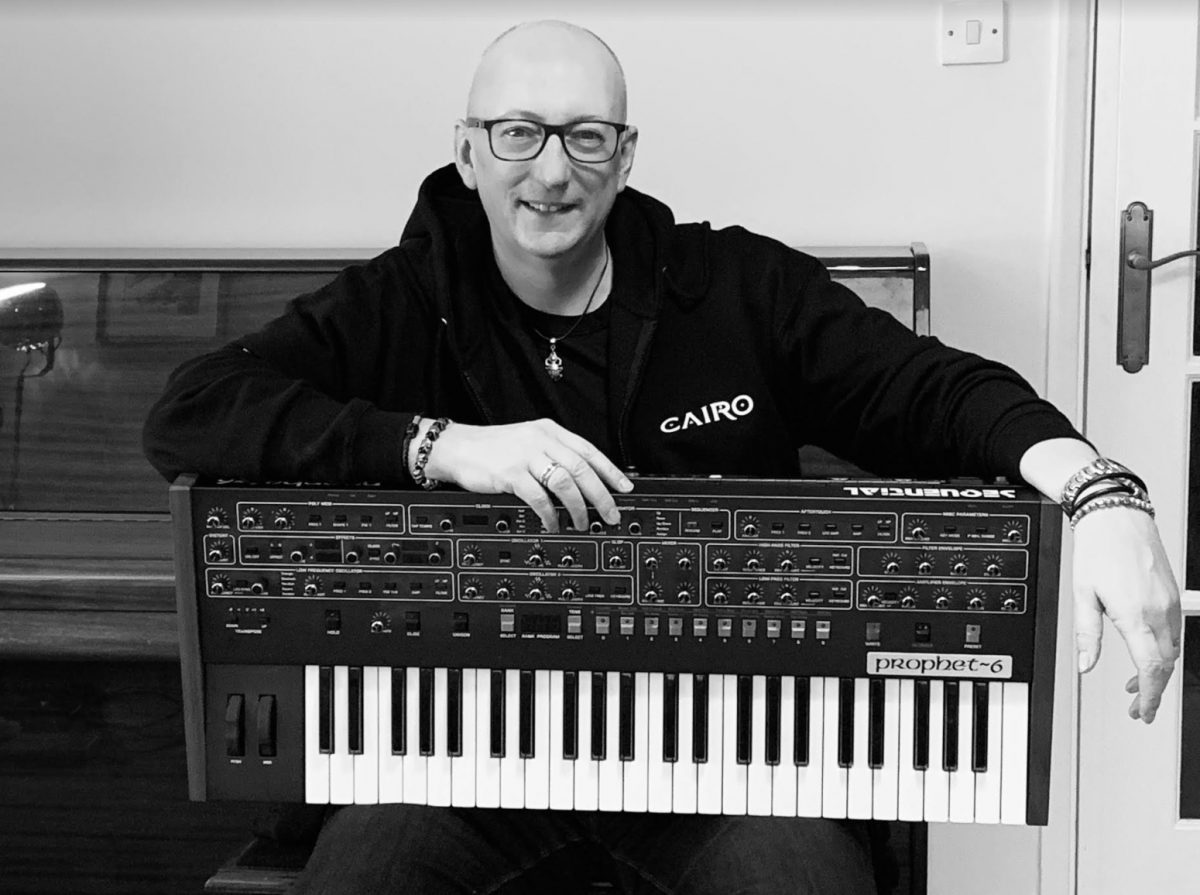 The band is delighted to announce that Rob Cottingham has been endorsed by San Francisco-based synth manufacturer, Sequential Circuits. 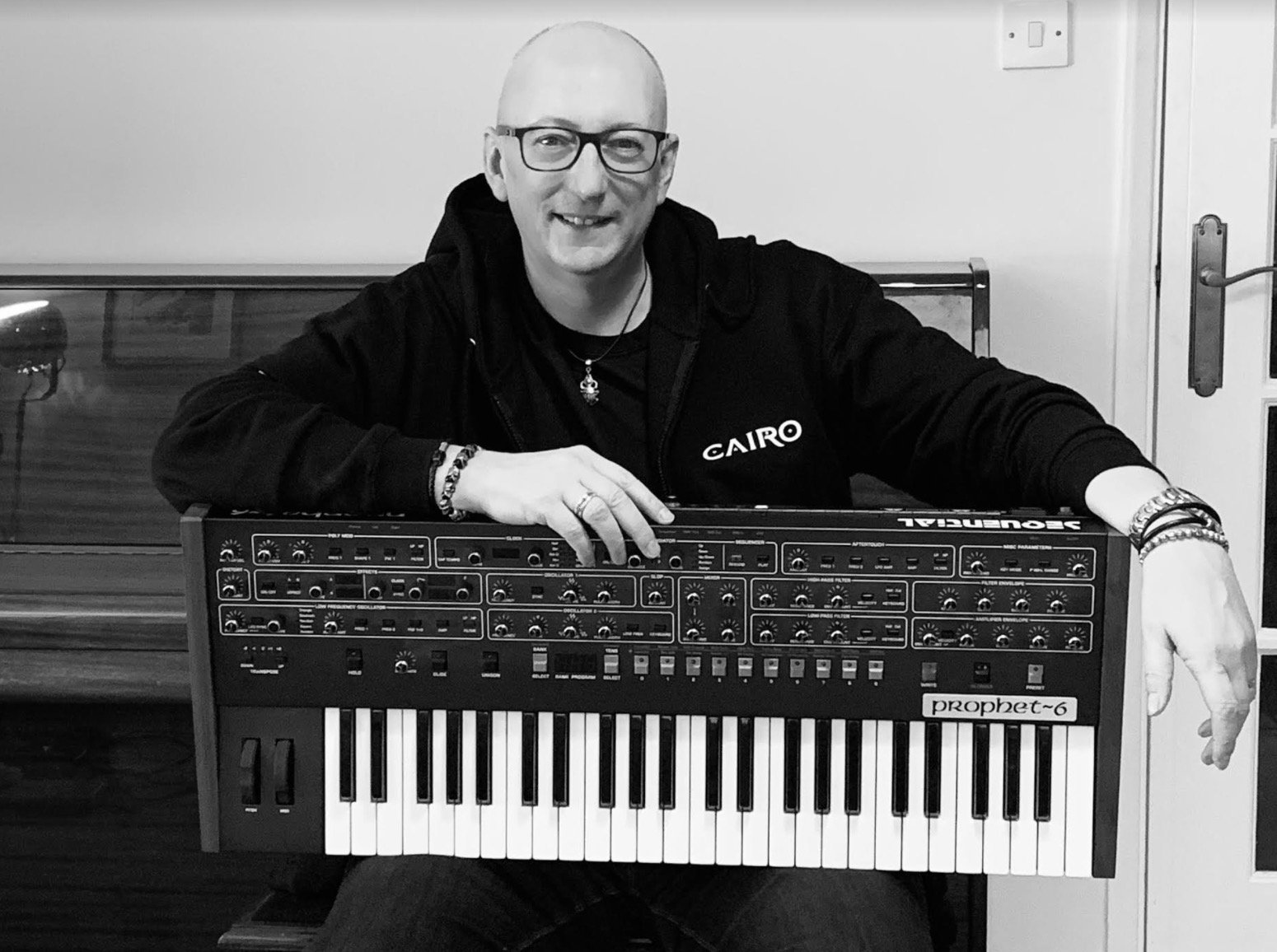 Sequential is led by legendary instrument designer and Grammy-winner Dave Smith, the founder of Sequential Circuits in 1974. In 1977 Dave designed the Prophet-5, the world’s first fully-programmable polyphonic synth, and the first musical instrument with an embedded microprocessor. Sequential released many innovative instruments and drum machines over the next 10 years. Dave is known as the driving force behind the MIDI specification in 1981.

It was Dave, in fact, who coined the acronym. After Sequential, Dave was President of DSD, Inc, an R&D division of Yamaha, where he worked on physical modeling synthesis and software synthesizer concepts. He then started the Korg R&D group in California, producing the Wavestation and other technology. He took over as President at Seer Systems and developed the first soft synth for Intel in 1994, followed by the first professional soft synth, Reality, released in 1997. Realizing the limitations of software, Dave returned to hardware and started Dave Smith Instruments, starting with the Evolver hybrid analog/digital synthesizer in 2002. The product lineup has grown to include the Prophet X, Prophet Rev2, Prophet-6, OB-6 (with Tom Oberheim), Pro 2, and Prophet 12 synthesizers, and the Tempest drum machine (with Roger Linn). In 2018 DSI changed its name to Sequential, bringing Dave’s legacy full-circle.

“I knew instantly that Rob was a great supporter of Sequential, and of music in general. His dedication to the craft is apparent in his music, both as a producer and a performer. We’re pleased that we can collaborate with him (and Cairo) and look forward to hearing our instruments in his music!” – Justin Labrecque, Sequential Artist Relations

“I am honoured, proud and delighted to be associated with a brand and synth design company which I have admired since first immersing myself in sound synthesis in my late teens, when I first started tinkering around with a second-hand Transcendent 2000 mono synth kit…which eventually fell to pieces!

Back in 2018, Musicradar published their view of the ten greatest synths of all time and the Prophet 5 was top three. It had become a market leader and industry standard for many to aspire to in the 80s. It was used by Michael Jackson (Thriller is a prime example), Tangerine Dream, Talking Heads, Madonna and Radiohead to name but a few and John Carpenter used just a Prophet 5, with it’s spooky analogue textures, and a piano on 1982 horror film, Creepshow. The follow up Prophet 10 was used to record the soundtrack for The Terminator music in 1984.

I have opted for a Prophet 6 which is based upon an updated version of that legendary and groundbreaking Prophet 5 analogue synth. It had to be my first choice…

A Prophet is one of those synths I have always secretly wanted to add to my sonic armoury for years and never quite got around to sorting. I am pleased to have put that right now, and am so looking forward to adding the Prophet 6 vibe to Cairo’s next studio album, and all my future projects.

I just want to thank all at Sequential for their wonderful support from California, as well as their rock solid belief in my musical antics, and I look forward to a long and fruitful relationship with the team.”