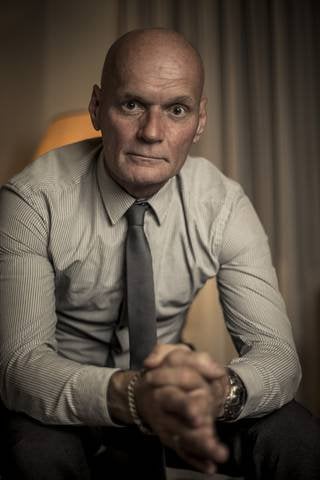 It was 23rd April 2016 and I was travelling home on a long journey southbound on the M1, when I tuned in to The Eddie Mair Interview. I have always admired Eddie for being an interviewer who gets to the heart and soul of his interviewees and is relentless in his pursuit of the facts.

On that day, Eddie was interviewing Nick Yarris – a man who spent twenty two years on death row before his name was cleared with the help of DNA evidence.

Nick was sentenced to death on 23rd January, 1983 – is the only person in Pennsylvania ever to have been released from death row after being found not guilty and fully exonerated by means of a DNA test. He was released on 16th January 2004 after 8057 days awaiting execution for a crime he simply did not commit.

He spoke to Eddie about prison brutality and how he got his life back, and there were three things which struck me.

Firstly, his story, which I found concerning; fascinating – and very moving.
Nick was on death row and it was only when he chose to die, that he began to live.

Such a human story which – for me – struck a chord with the more grounded, human and humane sentiment of my new album project.

Secondly, Nick’s striking voice which was very characterful and highly articulate, and which I thought would be perfect for a voiceover for the start of Shadow’s Return.

Finally – his positivity and love for humanity and for life. This was despite the appalling miscarriage of justice, brutal treatment, and then grossly unfair treatment once the DNA evidence cleared him of all charges.

You can hear the interview here:

The point here is not just about Nick’s past – it is also about his superb approach to the future.

At a personal level – it was fantastic and a real privilege to have met Nick – and a thousand thanks to Nick for his support and for spreading the word about #love.

For sure, we need a lot more of it around the world right now.