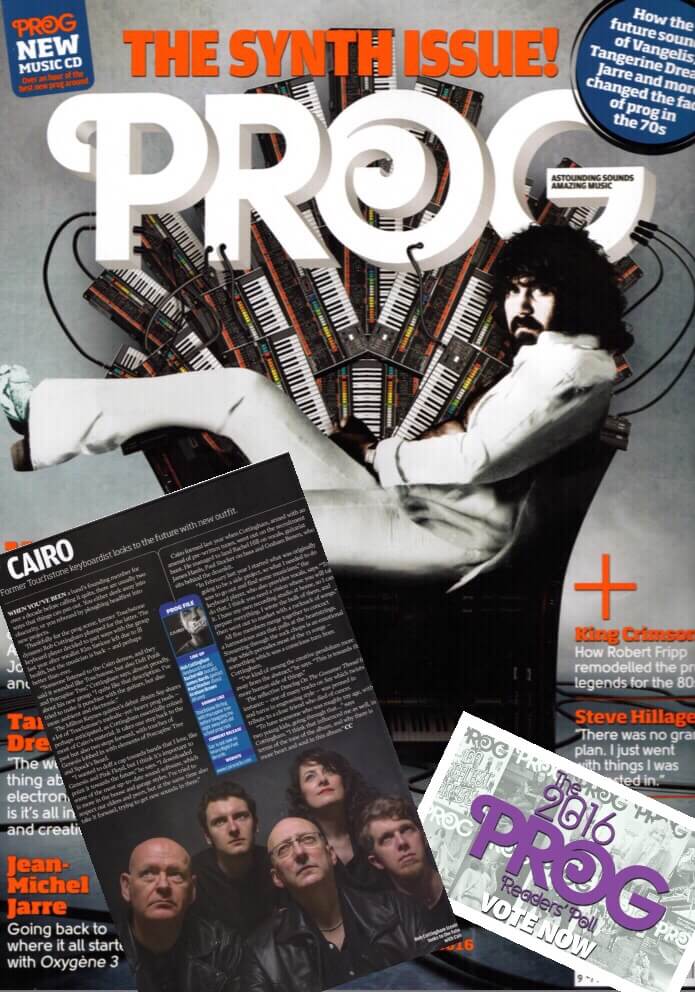 PROG magazine December 2016 carries a full page Limelight piece about Cairo. It features a colour photograph of the band together with an interview with band founder, vocalist and keys man, Rob Cottingham.

A PDF of the piece is attached here.

In a statement, Rob said: “This is a fantastic, well-thought through, piece by Chris Cope from PROG magazine – using a stunning shot by Hoss – following on nicely from Grant Moon’s great review of the album in November’s edition. Not only does it seem entirely appropriate that we feature in the Synth Issue (I have been fiddling around with synths for longer than I care to remember, and was a big Jean Michel Jarre and Vangelis fan in my teens) it is also a fitting way to round off 2016 having launched from scratch a brand new band and brand in August; released a thirteen track album and title track video single ‘Say’, in October – and toured around the UK in November. The response locally, and from around the world, to the music has been amazing and humbling at the same time.

In a sense, after a lot of hard work behind the scenes by all members of the band, this piece punctuates beautifully the fact that this is now the ‘end of the beginning’ and that we are now a fully fledged rock band.

Having built the Cairo ‘bandwagon’, it is now time for the rubber to seriously hit the road, and we are now champing at the bit to get out there and play more gigs in 2017. On that front, the gigs diary is starting to fill up nicely and announcements will be made soon. Needless to say – if any venues or festivals would like to include us in any events, please do get in touch via our Contacts page, or via Stephen Lambe at Nineteen-73 Promotions. We would love to hear from you.

Thanks to Jerry, Chris, Scott, Stef and all at PROG for continuing to give new bands and new music a platform, and here’s wishing everyone at the magazine, their loved ones, and all their readers a Christmas and New Year filled with love, laughter, positivity and prog. I think it is safe to say that ‘the scarab has landed’ in 2016 and hope that 2017 will not just be the Chinese Year of the Rooster but also the Worldwide Year of the Scarab!”

If anyone wishes to vote for the band, or their album ‘Say’, in any of The PROG Readers’ Poll categories, please visit http://teamrock.com/feature/2016-12-07/vote-in-the-prog-readers-poll

Tune in tonight 10pm UK time to Garry Foster’s Prog Rock Files on WCRFM.com 101.8FM for an hour long Cairo Special starting 11pm. The show features songs off the band’s debut album, ‘Say’, and an exclusive interview with Rob and Paul from the band. If you want to hear it, but cannot tune in tonight, don’t worry – the show can be downloaded from Garry Foster’s Mixcloud after the event.

To find out more about the band; how to buy their music and merchandise, and to find out where they are playing next – see the band website at www.cairorocks.com. 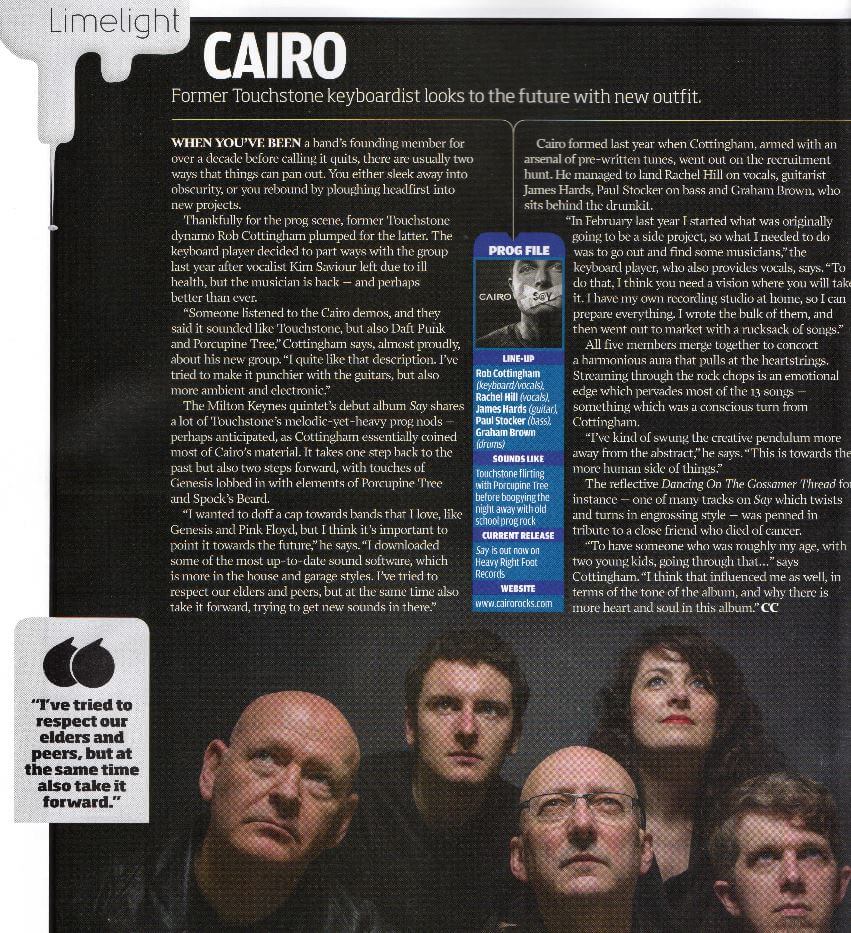